Researchers are analysing specific weather events from the past in an attempt to draw more general conclusions on how to anticipate those to come. The precious data obtained should also help mitigate the impact of such extreme cases

With climate change in full swing, extreme weather events are more likely to occur. But estimating the likelihood of such events and the consequences for critical infrastructure remains a complex task involving many different experts –weather scientists, risk modellers and engineers.

Bringing these diverse skills sets together is the idea behind two case studies, which are part of the European project Rain. One deals with the heavy rain which caused landslides and flash flooding in Italy’s north-eastern Alps, severely damaging roads, bridges and houses in April 2003. The second concerns a storm that hit Helsinki in 2005, in which the city centre narrowly escaped being flooded. 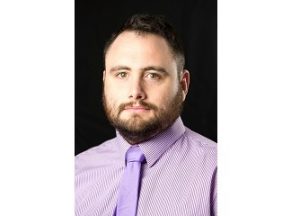 Ciaran Carey research engineer at the consultancy Roughan & O’Donovan based in Dublin, Ireland, tells us here how researchers, decision makers and infrastructure owners can learn from these cases by implementing the Rain risk-based decision-making framework.

What is the purpose of studying real cases within the project?
We try to solve this problem: How do we account for the risk of extremeweather events impacting people and infrastructure? What are the social, economic and security consequences? We draw together all these aspects around the risk-based decision-making framework that was developed by one of our partners at the TU Delft.

That is our hazard modelling. The hazards may impact our infrastructure and so we need to consider  location. Heavy rainfall leads to increased flow and debris in rivers, which may damage bridges. What is the probability of this? Landslide debris may also block roads and so on. We need to work out  the probabilities for each set of critical infrastructure according to its features.

What else do you need to consider?
There can be knock-on effects on other networks. A damaged electricity network might impact the rail and road networks. If the road network is damaged it may then increase the repair time for the electricity network because access may be blocked. We try to anticipate these scenarios. Finally, we assess the possible economic consequences like repair time or replacement costs, and consider indirect consequences like travel time. Therefore, we make risk assessments moving down the probability chain: extreme weather event, hazards, damage, and consequences.

Where does the decision-making aspect come in?
The decision-making aspect of the framework is important for mitigation measures. Along the probability chain, we ask: What actions could we take before, during and after the event? Although there is nothing we can do about the probability of the event, what can we do to lessen the impact of the hazards and to lessen the consequences of disruption? What can we do to improve our response? So there are various levels of action that can reduce the risks associated with extreme weather.

What are the challenges of the approach?
Data collection is a practical problem in every aspect of the case study. For example, our partners tell us which characteristics make a bridge more or less vulnerable. But how do we find out the actual characteristics of the bridges in the area? For instance, we have to go to Google maps or contact experts. There is also a data collection problem about on the consequences– that is in terms of the monetary value and the amount of damage done.

You are also studying another case as part of the project. What can researchers and decision makers learn by looking at these two cases?
The two events are very different in data availability, scale and consequences. You have to account for them in different ways. But the core steps you take are the same. This is because the Rain risk-based decision-making framework is quite flexible. It is designed to guide an infrastructure owner, government or interested body to one or two examples of each stage and show how to implement the framework.