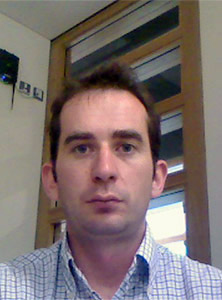 Nature can still shock us with its ferocity. Hence, the need to minimise the impact on the most modern transport, energy and communication networks of Nature’s extreme events.

Flash floods in Central Europe in 2002 damaged hundreds of roads, caused electricity failures, contaminated clean water and cost an estimated €150 billion in damage. Europe cannot sit back and wait for the next natural disaster to hit. The EU is very focused at the moment on assessing the vulnerability of critical infrastructure. Some projects look at natural hazards, like volcanic eruptions or earthquakes, and also criminal or terrorist attacks.

As a complement, a new project will aim to prepare for and minimise the impact of extreme weather on transport, energy and telecom networks. The project, called RAIN, will develop early warning flags and support decision making. It will also suggest engineering solutions so that essential networks can get back up and running as soon as possible. These include phone networks, electricity and gas supply, road and rail links. Alan O’Connor associate professor in the School of Engineering at Trinity College Dublin, Ireland, who is coordinating the project, talks to us about challenges ahead.

What is your strategy to deal with extreme weather events?

In this specific research project, we want to come up with a risk methodology, as a means to categorise the level of risk to certain infrastructure, model the probability of failure and then look at the consequences of failure. Then you can look at possible mitigation measures. So in the context of a flood, for example, that might mean new flood defences.

We therefore need to model extreme weather events and the effect an event will have on transportation and energy networks; and this, not only in isolation, but in combination. We need to see how a failure in one of these networks can affect others. For example, power outages due to damage to transmission cables can disrupt road and rail signals or communications.

Are you in the business of predicting the future?

The first task is to scan the horizon and make predictions about extreme weather events. This is the job of the Finnish Meteorological Institute and the European Severe Storms Laboratory in Germany. They will look at individual hazards, such as windstorms, coastal or river floods, snowstorms, thunderstorms, freezing rain and wildfires.

What kind of analysis does your research rely on?

To model the risks involved requires mountains of number crunching. This is because a huge array of factors can be involved. Totting up the levels of risk will be the work of scientists at TU Delft, in the Netherlands. Meanwhile a team of sociologist at the ISIG research institute in Italy will focus on the impact of extreme events on citizens.

What we will get from the project is insights into how predicted extreme weather will impact citizens; it also will give owners and managers of infrastructure a recipe book for how to prepare for nature’s next surprise.

The results of the project will be put to the test against case studies. For example, they will be tested against a sudden flooding and rise of seawaters at the Gulf of Finland. Such extreme weather event would be of concern to managers at the Loviisa nuclear reactor on the Baltic coast of Finland.

For say road and rail, how can you mitigate against possible damage?

Mitigation measures will be considered, so that the hard, physical infrastructure is better able to withstand what nature will throw at it.  In Australia or the Middle East with extreme temperatures you might get rail tracks buckling. We would not really see that kind of thing in Europe, but who knows what we will get with climate change.

We might also get disintegration of roads under very high or very low temperatures. Therefore, engineering measures could be put in place mitigating against those effects or design against them.  We need to allow for the fact that temperatures are going to be even more extreme in the next 100 years.