Natural disasters do not stop at national borders. Early warning, better preparedness and coordinated action on a European level are necessary to cope with the impact of severe weather on infrastructure and people. 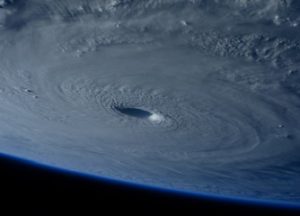 In summer 2015, a heat wave swept over large parts of southern and central Europe causing severe drought and heightening the risk of forest fires. In May and June 2016, thunderstorms and heavy rainfall occurred over wide stretches of Europe – from France and Germany to Poland and Hungary.

Extreme weather events know no boundaries. This is why “early warning systems [for extreme weather] using one common language are particularly helpful,” says Michael Staudinger, head of the Central Institute for Meteorology and Geodynamics (ZAMG) in Vienna, Austria.

Already, “the EU has developed different types of common early warning systems,” says Christer Pursiainen, professor of societal safety and environment at the Arctic University in Tromsø, Norway. The European Flood Awareness System includes overview maps of flood risks across Europe. And the European Forest Fire Information System (EFFIS) supplies information on the current fire situation and can forecast up to 6 days ahead.

Another example is a service called Meteoalarm, which integrates national severe weather warnings and presents related risks and possible impacts across a large number of European countries using a common colour scheme.

But individuals crossing borders are not the only ones to benefit from an easy-to-understand warning, Staudinger points out. Similar warning systems on both sides of a border also facilitate “better coordination of civil protection between countries,” he adds.

Indeed, “early warning systems for extreme weather in Europe usually work well – thanks to shared vocabulary,” Pursiainen holds. However, the issue is whether those responsible for the response, such as infrastructure operators and civil protection officials, can make sense of the warning in an appropriate way in order to take suitable action, he says.

Professional infrastructure operators usually know their system well and are thus prepared for single hazards, according to Pursiainen. “But they don’t know the system of systems,” he adds. If something unexpected happens, the knock-on effects of it are less predictable, because “everything is interrelated,” he stresses.

For example damage to an electricity grid may affect related IT-systems, which in turn may make it hard to put transport systems back into use after a weather-induced interruption, Pursiainen explains. This problem is exacerbated if the effects cross national borders.

“All crisis situations are different,” agrees Timo Hellenberg, a crisis management expert and executive director of a consultancy based in Helsinki, Finland. To learn from the past and to be better prepared in the future, Hellenberg and colleagues looked at both the early warnings and the response in previous extreme weather events as part of a European project called RAIN.

For example, a storm in summer 2010 destroyed critical infrastructure such as electricity lines, roads and telecommunication towers in Eastern Finland. “The situation occurred at a time when neighbouring Russia was struggling with an all-time high in forest fires. This put the Finnish crisis management system under more pressure in terms of simultaneous regional and cross border cooperation,” Hellenberg explains.

The rescue departments involved felt “that there should have been a more systematic mechanism to provide holistic situational data to field units and regional emergency responders,” he explains and calls for a coherent and operational European network of national situation centres.

In Hellenberg’s view, there is also an urgent need to create political incentives for infrastructure operators to be ready for weather-related disasters, particularly because about 70% of the critical infrastructure is privately owned. Pursiainen agrees. These operators and civil protection agencies should work out scenarios for future risks and “prepare for the unexpected”, he concludes.