With climate change firmly on the agenda, investors are increasingly hesitant to fund infrastructure projects that aren’t future-proofed 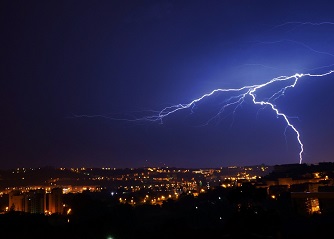 In our connected world, any disruption to infrastructure ripples through society. But vital infrastructure such as transport and energy networks are at the mercy of Mother Nature. And with extreme weather events on the rise, what can be done to protect infrastructure against her whims?

How is the frequency of extreme weather events predicted to change over Europe?
It depends on the event. Events such as heat waves or droughts will affect the southern half of Europe more severely. Precipitation events such as flooding will have a bigger impact in Northern Europe.

Mitigation strategies are nothing new. What’s already happening and what’s missing?
The problem is the variability. For example, if we look at flooding, there is some degree of preparedness. However, the severity and frequency of what is happening suggests we may not be sufficiently prepared despite our attempts to predict weather events.  And it raises the question of what kind of adaptive measures we need to put in place for the long term.

For events like precipitation and landslides, there are proactive and reactive measures. A reactive measure would be catching the debris as its falls. Or you could reinforce a slope to strengthen it against the landslide event.

An important proactive mitigation factor identified as an area for future research is fitting sensors to infrastructure, like bridges or electricity pylons, to get early warning of impending failure.

Are mitigations difficult politically? What do we need to persuade politicians to invest?
The most difficult question here is: what’s an acceptable level of risk? We cannot make our infrastructure risk free, there’s always going to be a risk of failure. Once we define the acceptable level of risk we can look at the impact of different mitigation measures and whether they bring the risk below tolerable levels. Obviously the more money you spend, the more resilient you’ll make your infrastructure. But often the money isn’t available to spend at will.
In the RAIN project, we developed a risk-based decision-making framework. This tool is useful for policy makers to see what the risk profile looks like, useful for engineers in the field to assess the impact of different mitigation factors and for citizens to assess their own levels of vulnerability. The tool is extremely powerful and offers huge benefits to a large variety of stakeholder groups such as crisis managers and emergency responders to assess where the most vulnerable locations within their region are.

What about future-proofing new infrastructure projects?
We build roads and bridges to last for 100 years and everything we’re talking about in climate change is going to happen in the next 100 years. So if high water marks increase by a metre and you built your bridge for 2017 high water marks, then by 2077 you could be in big trouble.

The European Investment Bank (EIB) and other investment banks are extremely interested [in tools like those developed in RAIN]. If the EIB is going to pay for a new motorway they want to ensure that it’s future proofed and that the impact of climate change has been considered by the government and their designers. The Asian development bank (ADB) also looks at whether climate change and adaptive measures have been considered.

But often governments come back and say yes we’ll do it but where do we start? How do we do it? So this is where the gap  between research funded by the EU and the value to the investment bank [and other stakeholders] is bridged.