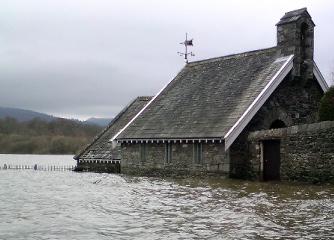 Land use planning and management now has all the scientific tools required for decision making. But scientists have yet to have an opportunity to collaborate with local authorities to implement them.

Landslides and floods are increasingly occurring natural events. They continue to damage infrastructures and farmland across the EU. Meanwhile, they are also putting people’s life at risk. The problem is that policy makers do not always take into account the available scientific knowledge on the subject of land use planning and management. They do not fully exploit existing scientific models, which are crucial to mitigate the effects of these calamities in the future.

An example of such approach is in the ARMONIA project, funded by the EU. “The goals of the project were very ambitious”, says Scira Menoni, associated professor of urban and regional planning at Milan Politecnico, in Italy, and one of the researchers involved in the project. It aimed at developing harmonised methodologies useful for land use planning processes, to produce integrated risk maps of these potential environmental issues.

When the project ended in 2007, its main outcome was a report on the most advanced European standards in spatial planning. It also provided a comprehensive shared methodology for assessment and mapping of natural hazard and risk. Although the project brought some new tools, it did not succeed in producing an actual computer-based Decision Support System (DSS), as originally planned.

It was nevertheless part of the process that led the EU toward the 2007 new Flood Directive (2007/60/EC). The directive was brought as a result of the 2002 flood caused by the Elbe river in Germany. “The directive is of course welcome, but after the flood destroyed the Dresden congress centre in 2002, it was re-built where it stood, and where it is known it should not stand”, says Menoni. This is “a sign that the problem is not the lack of knowledge”, she adds but the lack of right decision making at the local and regional level.

This example shows that, despite the considerable knowledge on multi-risk factors accumulated across the EU, it is now always taken into consideration for policy. “It’s not easy, because policy makers are in charge for a limited period of time and sometimes the problem they face on the territory [could be] 3,000 years old,” Menoni tells youris.com. “This is why I believe that the only way to find effective strategy for land use planning and management lays in a real co-operation between researchers like myself and local and regional administrators”, she adds.

Experts agree. A comprehensive EU policy on multi-risk problems is needed. But it would be useless if “we lack the transfer of knowledge from the scientific community to politicians and stakeholders,” comments Donald Gabriëls of the Department of Soil Management at Gent University in the Netherlands. He concludes: “From lessons learned in policy management, [we need] to start again bottom-up from the community [at] town and regional [level] to the country level.”

Another issue is that each country is different from the legislative point of view. “The situation is as dis-homogeneous today after the directive as it was before its approval”, says Mario Martina, adjunct professor in hydrogeology and hydraulic risk at the University of Bologna, Italy. This results in a patchy application of the directive and a varied situation among EU countries.