Preventing a Fukushima disaster in Europe 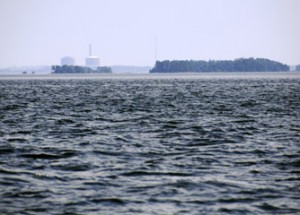 In 2005, Europe was exposed to a potential risk of a nuclear disaster caused by the flooding of the Loviisa nuclear power plant in Finland. Sea levels rose by 1.73 meter above normal levels, due to a storm. As a result, flood defences have been reinforced.

However, latest research reveals that more improvements could still to be made to optimise safety and better protect people from potential future accidents. Floods are likely to occur more frequently than anticipated when nuclear power plants where built, due to climate change.
In Finland several changes in accident management have been introduced, to prevent future nuclear waste leaks. “From our point of view, the priority is to ensure that there is an alternative route to the plant accessible in a flood. By using our pumps and the Loviisa plants’ own equipment, water at the site can be reduced,” says Peter Johansson, CEO of the Fire and Rescue Services of the local Eastern Uusimaa department attached to the Loviisa power plant. Further precautions have also been taken. “The latest security investment is the building of four cooling towers that are independent from seawater intake, which are built 10 meters above the sea level to avoid them from being flooded,” explains Samuli Savolainen, group leader at the Loviisa plant. The Fukushima accident, in March 2011, brought renewed scrutiny towards the resistance of nuclear power plants to natural disasters.
The EU stress tests required after the meltdown in Japan, led to the introduction of a precise Severe Accident Management plan, according to Thomas Buddas, vice-CEO of the Loviisa power plant. “We are confident that flooding events can be predicted well in beforehand as we cooperate with the Finnish Meteorological Institute,” Buddas tells RAIN. He explains that the top priority is to protect the reactor and the fuel tanks from seawater, and a series of waterproof doors and flood gates have been installed.
Nuclear plants, in particular, are one of the focus infrastructures of interest to RAIN. It aims to detect system vulnerability and identify hazards as a result of extreme weather events. As part of the project, Timo Hellenberg, CEO of critical infrastructure protection consultancy Hellenberg International, based in Helsinki, Finland, conducted an analysis of the crisis management process. Despite all these measures, his findings show that there is still room for improvement.“Foreign specialists should be involved in the emergency training sessions. There is too little inter-agency cooperation. But this is a general European trend,” explains Hellenberg. “Emergency trainings should be organised between Finnish agencies and neighbouring countries”.
“Finland is in the forefront in nuclear safety, including technological solutions and nuclear safety culture,” notes Christer Pursiainen, professor of Societal Safety and Environment at the Department of Engineering and Safety of the Arctic University of Norway in Tromsø. Nevertheless, “The risk of a serious nuclear accident remains always above zero anywhere as a possibility of unexpected phenomena taking place exists.”
by Jessica Haapkylä
Photo credits: Smerikal
Share this
Close
Follow the RAIN project and subscribe to the RAIN newsletter