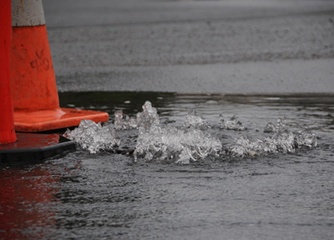 Storm water is a critical consideration in managing urban water, as it influences the risks of flooding. Unfortunately, a global rise in urban population means that water management in urban areas is now under strain. Indeed, in the first decade of the XXI century, the global urban population grew to exceed the rural for the first time. It is estimated that urban living will be a reality for 60% of the global population by 2030.

To facilitate the necessary change in the approach to urban water management, it is essential to look at new management options at urban and river basin levels. This was precisely the objective of the SWITCH project, funded by the EU and completed in 2011. It adopted a novel approach by considering storm water as both a hazard and a potential resource for urban landscaping and urban recreational and open space.

The management practices recommendations stemming from the project were implemented in four case study areas: in Lodz, Poland, in Birmingham, UK, in Emscher, Germany and Belo Horizonte, Brazil.  “[The project] helped implement real and practical results in cities like Lodz, Poland where buried streams were restored and their capacity for drainage improved,” says Peter van der Steen, a lecturer in waste water treatment at the UNESCO IHE Institute for Water Education, located in Delft, the Netherlands. He is also the coordinator of the project’s central management unit.

The project created several databases identifying city-specific threats and outlining the impacts of specific control practices on storm water. It also led to basic best practice guidelines for storm water management. What makes this project stand out is its emphasis on dissemination of its findings, for use in future projects.

Van der Steen sees these databases being used today in many projects he comes across. For example, “projects like the recent Blue Green Dream (BGD) project are using outputs from our work, even though there are no direct daughter projects of SWITCH,” he tells youris.com. BGD brings together urban planners, landscape architects and water experts to build better cities, bring down costs and make urban areas more attractive.

The question is how applicable will the project’s storm water management solutions be in the coming decades? “Integration of urban stormwater management systems is one of the most pressing issues that the sector will continue to face,” says Philip Binning, associate professor of environmental modelling at the Technical University of Denmark, in Lyngby.  He believes having a single platform is a small step in that direction. However, “there is still much to be understood about stormwater management and how it relates to the overall water cycle in cities,” he tells youris.com.

Other experts believe there is a need to broaden the databases’ scope. “Most of what is presented in the findings seems to have in mind the scenarios of Northern America, Europe and other countries with sanitation infrastructures and an administrative system with some level of organisation,” says Ana Estela Barbosa, research officer in the water resources and hydraulic structures section at the Nation Laboratory for Civil Engineering in Lisbon, Portugal. “It should now be possible to make specific recommendations for stormwater management in countries where cities have few or no sanitation infrastructures.”